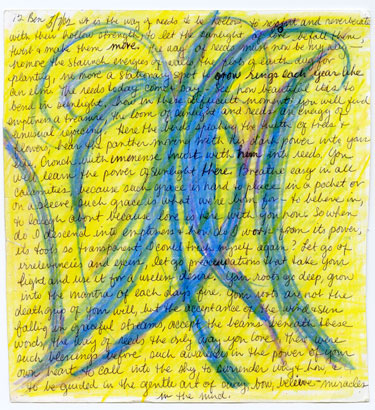 Teaching Indigenous Others and the Gaze Week 4

Indigenous Others and the Gaze

Sounding Out! Podcast #58: The Meaning of Silence

"In this podcast Marcella Ernest discusses the cultural use of sound in Hula and other Native languages with discussants Candace Gala and Nancy Marie Mithlo. They consider the role of silence in understand an Indigenous intellectual system. How do we use silence as a tool in Native creative processes? What does silence demand from us? Tune in as Ernest tackles these demanding questions!"

On March 10th 2017, The Standing Rock Sioux Tribe and Indigenous grassroots leaders called upon allies across the United States and around the world to peacefully March on Washington DC. The March on Washington was to exist, resist, and rise in solidarity with the Indigenous peoples of the world whose rights protect mother earth for the future generations of all. The March on Washington was a reaction to the United States government’s unwillingness to be accountable for the construction recent Dakota Access Pipeline (DAPL) on the Standing Rock Sioux Tribe’s land. This and other subsequent events such as the election of a new administration, increasing threats to native land, and violence of the police have galvanized indigenous communities in the last four months. Thousands have taken to the streets and to rural sites of political occupation. Join Marcella Ernest as she discusses the sounds of these protests with Nancy Mithlo. They discuss the noises made by the minds, bodies, and songs of those who have taken to public spaces to confront and object to the current political moment.

(pdf size: 5.11mb)
Curriculum Guide This 2011 educational guide is produced by the Museum of Contemporary Native Arts (MoCNA) of Santa Fe, New Mexico as a component of The Vision Project. The MoCNA is a center of the Institute of American Indian Arts, a tribal college that has served as the epicenter for Native fine arts practice for almost half a century. The Vision Project is supported by a grant from the Ford Foundation’s Advancing the Dialogue on Native American Arts and Culture in Society. Nancy Marie Mithlo, Ph.D. Assistant Professor of Art History and American Indian Studies, University of Wisconsin – Madison is the guide’s author. The goal of this educational curriculum guide and the accompanying book Manifestations: New Native Art Criticism is to provide leadership in the field of contemporary Native arts practice internationally, but especially in the United States and Canada, home to our constituents – the Institute of American Indian Arts students, staff and faculty. Examine or download the Download Manifestations Curriculum Guide

Markings on Land From Petroglyphs to Canvas

Multiculturalism and the New Museology